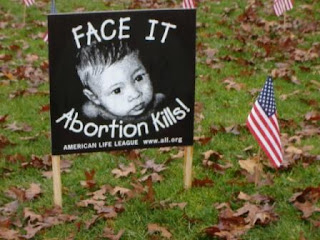 BIRMINGHAM, Alabama, August 24, 2007 (LifeSiteNews.com) – Dr. Alveda King, the niece of legendary human rights campaigner, Rev. Martin Luther King Jr., told a meeting of Priests for Life, that the killing of a quarter of the black population of the US has not been from the lynch mobs of her childhood days, but from abortionists, “who plant their killing centres in minority neighbourhoods and prey upon women who think they have no hope.

“The great irony,” she said, “is that abortion has done what the Klan only dreamed of.”

King was speaking Sunday at the unveiling of memorials at the Birmingham, Alabama church served by her late father, the Rev. A. D. Williams King. Her father served the church from 1961 to 1965, the height of the civil rights movement. King is a Pastoral Associate of Priests for Life and lived with her family at the church’s parsonage when it was bombed in retaliation for her family’s involvement with the historic movement.

Christian Newswire quotes Dr. King at the ceremony: “Daddy was unswerving in his dedication to God and to the cause of justice. While the ceremonies Sunday marked a historic period from our past, it reminded me of another kind of struggle for survival African Americans face today.”

Dr. King pointed out that the killing of the unborn in the US, which has taken the lives of well over 42 million American children, is overwhelmingly concentrated in the African-American community. “In the last forty-plus years,” Dr. King said, “15 million black people have been denied their most basic civil right, the right to life. Roughly one quarter of the black population is now missing.”

The abortion movement’s history is inseparable from that of the eugenics movement that held the genocide of the “dysgenic races” races as a central goal and for which the poor were the “enemies of the people.” In the US, the abortion facilities and offices of Planned Parenthood are concentrated in poor areas where the black population is especially targeted.

Margaret Sanger, the foundress of the organisation that eventually became Planned Parenthood, had as her goal the control and subjugation of the poor ethnic peoples including blacks.

Dr. King said, “It's time that we remember the sacrifices of men like my father and my uncle who worked and died so that our children could live.”

“It's time to stop killing the future and keep their dream alive.”

Read the paper, “The Inherent Racism of Population Control” by Paul Jalsevac http://www.lifesite.net/waronfamily/Population_Control/Inher...