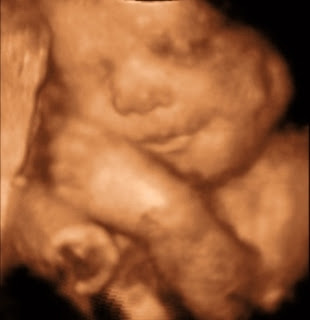 "Expert testimony and scientific studies have shown that unborn children have the ability to feel pain from 20 weeks of gestation. You can be assured that abortion providers are aware of this information which, I might add, is well documented and continues to expand. As of now, there are no federal guidelines that require the provider to share this information with a woman seeking an abortion. This legislation would fill that void," said Smith, who noted that a number of states have informed consent laws similar to this act, but there is no uniformity from state to state.

Smith's bill-the "Unborn Child Pain Awareness Act"- requires that a woman considering an abortion be informed of the intense pain her baby would feel during an abortion and offered the option to reduce the pain inflicted on the unborn baby through anesthesia. Over 100 members of the House of Representatives have signed on to be original co-sponsors of Smith's bill.

"My bill is a modest, but necessary expansion of informed consent that seeks to ensure that before a child is killed by abortion at least the facts about pain are conveyed. My hopes are, of course, that she will reconsider when these facts are presented," said Smith.

Smith first introduced the "Unborn Child Pain Awareness Act" in the 109th Congress and it was considered by the House of Representatives under suspension of the rules in December 2006. While the bill gained a majority, it fell just shy of the requisite number of votes for passage under this expedited process.

Smith noted that the partial-birth abortion ban trials leading up to the Supreme Court's decision to uphold the ban have drawn new attention to the pain that unborn children feel during an abortion. In expert testimony during those trials, Dr. Kanwljeet Anand, Director of the Pain Neurobiology Lab at the Arkansas Children's Hospital Research Institute explained, "the human fetus possesses the ability to experience pain from 20 weeks of gestation, if not earlier, and the pain perceived by a fetus is possibly more intense than that perceived by term newborns or older children."

"The myth that the unborn child does not feel pain has been shattered. We have an obligation to ensure that the truth conveyed to each and every woman walking into an abortion mill. We can no longer gloss over, deny or trivialize the ever-expanding body of knowledge that shows that an unborn child feels pain," Smith said.

Specifically, the "Unborn Child Pain Awareness Act" requires providers to inform women requesting an abortion when their baby is 20 weeks or more past gestation that there is substantial evidence that babies at this stage of development do feel pain. If a woman still decides to have an abortion, she would then sign a consent form indicating that she has received the requisite information and indicating whether or not she has requested anesthesia for the unborn child.