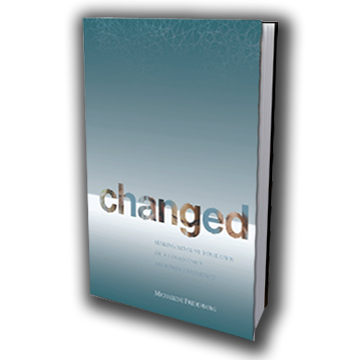 Understanding the Complicated Grief Experienced by Men After a Pregnancy Ends

SAN DIEGO, May 20 /Christian Newswire/ -- When there is a pregnancy loss, many people are touched. Mothers, partners and spouses, family and friends - are often left grappling with a confusing range of powerful emotions. But for decades, outreach and research efforts have traditionally overlooked a demographic whose personal experiences cannot be ignored: men.

Perhaps it's because reproductive losses, such as miscarriage, stillbirth, abortion and infertility, are such sensitive subjects that society struggles with how to discuss them. Or perhaps it's the cultural expectations that because such a personal and physical loss is felt more deeply by a woman, it is solely a "woman's issue". Whatever the reason, the sense of loss and grief that men experience can be a very real life experience that may impact their well-being and ability to support their partner.

Although the loss experienced because of an abortion has significant differences than that of a miscarriage, stillbirth, or infant death, the grief and reactions that women, men, and families experience are similar.

Michaelene Fredenburg, author of Changed: Making Sense of Your Own or a Loved One's Abortion Experience, has spoken with many men who have experienced abortion in their life, "Most men share with me their primary concern is for the well-being of their partner," Fredenburg says, "But they also acknowledge that they sometimes deal with thoughts of their lost child, and struggle with feelings of guilt and sadness."

With over a million pregnancies terminated each year in the United States, recognition of the impact of this type of pregnancy loss on men - and acknowledgment of their particular grief patterns - is increasing. "Men often deny they are grieving after an abortion," a Psychology Today online article stated in a May/June, 2004 issue, "but often everybody hurts when a pregnancy is terminated."

Gender-based standards for reactions to sorrow and grief can also influence the support men and women receive after reproductive loss, further complicating what might be an already painful situation. Studies cited in the Journal of Perinatal Education indicate that, while men typically show fewer visible signs of grief than women do, they are also more likely to experience long-term or chronic grief if overlooked after a reproductive loss, or if expected to offer only support while receiving none themselves.

"Emotions related to a pregnancy loss can change over time, or that loss can take on new meaning," says Fredenburg, "For some men, it may be the birth of another child or a new awareness of the grief and loss that women experience after a pregnancy loss which brings up a past abortion. Our culture is beginning to acknowledge and address men's particular needs and grieving processes, but more awareness is needed."