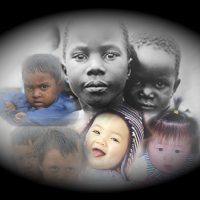 FRONT ROYAL, Va., May 14 /Christian Newswire/ -- According to the United States Census Bureau, May 10, the day before Mother's Day, was the birthday of the world's 6,666,666,666th person. Steven Mosher, president of the Population Research Institute stresses that, contrary to what population naysayers insist, there is nothing to fear from this number.

"Over six billion of anything is a mind-boggling number, and not just for the numerically challenged," says Mosher in his newly published book, Population Control-Real Costs, Illusory Benefits. However, he says, "few people have the independence of mind to grasp what this number truly represents: A great victory over early death won by advances in health, nutrition and longevity."

According to Mosher, even fewer people are aware that "the world's population will never double again. In fact . . . it is already close to its apogee."

PRI celebrates the birth of this milestone baby, and encourages people and governments to look at human beings as resources to be cherished, not liabilities to be destroyed.

The Population Research Institute (PRI) was founded in 1989 by Fr. Paul Marx, OSB, PhD and is dedicated to: (1) ending human rights abuses committed in the name of "family planning", (2) opposing outdated social and economic paradigms premised on the myth of overpopulation, (3) informing the public about the social and economic benefits of moderate population growth, and (4) promoting pro- natal and pro-family attitudes and policies worldwide. Steven Mosher is the author of numerous books, including A Mother's Ordeal, available in 11 languages. His next book is due in the fall of 2007.