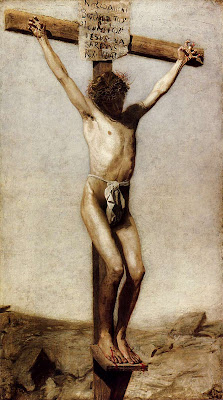 Vatican City (Agenzia Fides) - Rejection of suffering, all suffering, by our present day culture, is the most serious symptom of the desperation into which it has fallen. In front of the mystery of suffering, especially when it is directly involving, there can be no cheating. Either we have reasons for facing it in an adult, virile, at times even heroic (but not stoic!) manner, or we must distract ourselves, “di-vert ourselves”, as the Latins would say.
When this is not possible, what can the man of today do? When he has no reasons for facing pain, is unable to distract himself, all he can do is to try to eliminate it, eliminating people who, of pain and of limits, are living icons.
Attacks on life, attempts to eliminate suffering and even memories of it, are signs of our epoch's full measure of desperation. Under these circumstances what appears to be a remedy is in actual fact, worse than the suffering itself, since it only accentuates the frustrating and psychologically deafening sense of desperation. To eliminate or try to eliminate every icon of suffering from the world, is a delirium of omnipotence, dictated by human desperation which, perhaps unconsciously ends up aping God himself.
In the Christian proposal to human intelligence and freedom, God alone is the true Lord even of suffering, since He chose to take it upon himself, becoming man and offering his life on the cross, to expiate every human evil. And through the suffering members of his Mystical Body, the Church, and in other ways known only to God, the Risen Lord continues to live his own expiatory passion.
In view of this, as the Holy Father Benedict XVI says, suffering is no longer something to remove at all cost, in a desperate attempt to affirm one's I against God, instead it can be a time of learning to Hope:

“Like action, suffering is a part of our human existence. Suffering stems partly from our finitude, and partly from the mass of sin which has accumulated over the course of history, and continues to grow unabated today. Certainly we must do whatever we can to reduce suffering: to avoid as far as possible the suffering of the innocent; to soothe pain […]but to banish it from the world altogether is not in our power. This is simply because we are unable to shake off our finitude and because none of us is capable of eliminating the power of evil, of sin which, as we plainly see, is a constant source of suffering. Only God is able to do this: only a God who personally enters history by making himself man and suffering within history. We know that this God exists, and hence that this power to “take away the sin of the world” (Jn 1:29) is present in the world. Through faith in the existence of this power, hope for the world's healing has emerged in history. It is, however, hope—not yet fulfilment; hope that gives us the courage to place ourselves on the side of good even in seemingly hopeless situations, aware that, as far as the external course of history is concerned, the power of sin will continue to be a terrible presence. ” (Spe Salvi, 36).

Since suffering cannot be eliminated, it must be alleviated, accompanied, shared with acts of love which are true sparks of hope. In this way, for those who live it and share it, suffering becomes a lesson in hope also for a better world, since we are saved by the Other, of whom we are all children. On the contrary, a desperate attempt, the fake mercy, destined to fail, to eliminate or put an end to suffering, only increases the desperation in hearts and in the world. And considerably.