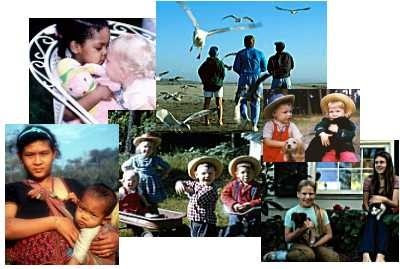 The conference was called by the president of the Czech Republic to consider "the significance of family care for children as an adequate option to a career life and which is worth respect and support from state and society."

The session was attended by more than 400, including delegations from ministries of EU member states responsible for family and social affairs, NGOs and other interested parties.

Other speakers included Cardinal Ennio Antonelli, President of the Pontifical Council for the Family; Professor Paul Kirchhof of the Institute of Financial and Tax Law at the University of Heidelberg; Anna Zaborska, Chairwoman of the Committee for Women's Rights, The European Parliament; and Professor Jay Belsky, a leading researcher and critic of infant day care.

Click here for the text of Dr. Carlson's remarks at the EU Conference in Prague.

The World Congress of Families (WCF) is an international network of pro-family organizations, scholars, leaders and people of goodwill from more than 60 countries that seek to restore the natural family as the fundamental social unit and the 'seedbed' of civil society. The WCF was founded in 1997 by Allan Carlson and is a project of The Howard Center for Family, Religion & Society in Rockford, Illinois (www.profam.org). To date, there have been four World Congresses of Families - Prague (1997), Geneva (1999), Mexico City (2004) and Warsaw, Poland (2007). A fitth World Congress of Families will be held in Amsterdam, Netherlands, August 10-12, 2009.