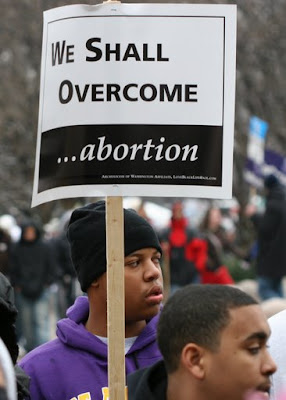 WASHINGTON, Jan. 19 /Christian Newswire/ -- The activists have been given 80 feet along the north side of Pennsylvania Ave. NW in front of the Canadian Embassy.

They plan to hold three large banners which state:

"53,000,000 children have died through abortion...President Obama stop the violence."

Special Note: The group had planned to show a display of 25 large pictures showing the development of life from conception to birth. However, the Secret Service made late changes on the wording of prohibited items into the Inaugural Parade and the pictures were barred.

The group will pass through the Secret Service checkpoint at 6:30 A.M. which is located at 3rd and C Street NW.

"While millions are celebrating the Inauguration of President Obama, it is critical to be a voice and witness for those who have no voice. That is the 53,000,000 innocent children that have been lost through abortion.

"We have come to Inaugural Parade to speak truth to power and remind President Obama to stand for social justice and human rights for all Americans.

"One day after the Dr. Martin Luther King Holiday it is important to remind this President that 'Injustice anywhere is a threat to justice everywhere' and violence is never an answer to social problems."

Here is a schedule of events:

Pro-life witness at the Inaugural Parade.

Large prayer vigil in Lafayette Park and then walk over to the White House to pray.

Dr. Alveda King, the niece of Dr. Martin Luther King, will lead a prayer and memorial service in which 1,400 flowers will be laid in front of the White House to honor the 1,400 African-American children that die every day from abortion. This will be on the Pennsylvania Ave. side.

Activists will leave pro-life messages and artwork on Pennsylvania Ave. in front of the White House to challenge President Obama to embrace justice and stand for life.