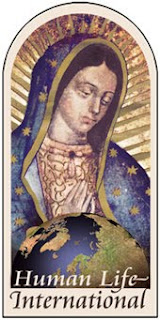 FRONT ROYAL, Va., April 16 /Christian Newswire/ -- "Archbishop Saburido, please issue an immediate clarification of your recent comments on abortion, ensuring that no one may interpret from them that abortion is ever permissible," said Rev. Thomas J. Euteneuer, president of Human Life International in a letter to Archbishop of Olinda and Recife, Dom Fernando Saburido. "Pro-abortion activists are ready to exploit any lack of clarity in the Church's position as an endorsement of abortion. This must not happen."

The comments referred to by Rev. Euteneuer came in a recent interview with a local Brazilian newspaper wherein Archbishop Saburido reiterated Church teaching that life must be defended at all points, but under further questioning seemed to imply that abortion was permitted if deemed necessary by a physician.

Brazilian media have been quick to pick up on the apparent shift from the previous archbishop's courageous defense of life. Last year, the now-retired Archbishop of Olinda and Recife, Dom Jose Cardoso-Sobrinho, declared that anyone who performed or facilitated an abortion would incur a latae sententiae (automatic) excommunication. This was in response to the sad case of the abortion on a 9 year-old who was carrying twins after being raped by her mother's companion. In this case, pro-abortion forces were campaigning to exploit the girl's tragic situation as reason for expanding access to legal abortion, even going so far as to lie about the risk the pregnancy posed to the girl's life.

The case of last year acquired greater urgency following the release of a very confusing and dangerous article written by the president of the Pontifical Academy for Life, Archbishop Salvatore Fisichella, which attacked Archbishop Cardoso's sound reasoning, and demonstrated substantial ignorance of the facts of the case. When it became clear that pro-abortion forces were citing Fisichella's article as evidence of a "change" in the Church's position on abortion, the Congregation for the Doctrine of the Faith was forced to release a correction, reiterating Church teaching on the importance of defending life at all stages.

Human Life International: Creating effective opposition to the culture of death around the world.

Founded in 1981, HLI is the world's largest pro-life organization and has affiliates in over 100 countries on six continents.