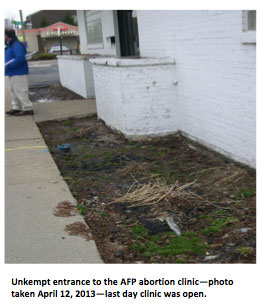 The American Family Planning abortion-center, owned and operated by 73-year-old Korean-born abortionist, Noon-Nahm Ann—open for over 20 years— has closed its doors forever. The clinic’s last day was Friday April 12, 2013.  The store-front clinic was located in a run-down section of East Dearborn, Michigan and primarily attracted women from impoverished minority groups desperate enough to seek its “services.”  CPLS director called AFP on Thursday, April 11th and was told by a clinic staff member that Ann was retiring and the clinic was closing on Friday.
See additional photos below
The AFP clinic was the constant focus of pro-life opposition particularly from pro-life activist Chris Coatney who literally stood outside of this clinic every day it was opened for the last 11 years—attempting to talk women out of abortions as they arrived for their appointments.
Members of Guadalupe Partners, headed by Edmund Miller, talked women out of abortions at AFP for six years. This group saved many babies who otherwise would have been aborted by Ann.
Members of a local Catholic group prayed the rosary outside of the clinic for many years and, more recently, a 40 Days for Life campaign was conducted at the clinic, the last event in February and March 2013.
The closing of AFP marks the 6th abortion center to close its doors in Michigan since last September 2012 and the 9th abortion center to close, or be kept from opening in Michigan in the last 18 months!  In addition, the retirement of Ann means that 3 major Michigan abortionists have retired this year—namely the notorious Alberto Hodari, as well as Enrique Gerbi.
It may be possible to add a 4th abortionist who appears to have left the abortion practice, Robert Alexander.  In a phone call your CPLS director made to Alexander 4 weeks ago—he confirmed that he was no longer doing abortions.  At one time Alexander owned 4 abortion clinics in Michigan. His last clinic was shut down last December 2012 by order of the Muskegon fire marshal due to unsafe and unsanitary conditions.
The Michigan abortion centers that have closed in the last 7 months are:
American Family Planning, East Dearborn (Ann)
Woman Care, Livonia (Hodari)
Women’s Advisory, Livonia (Reginald Sharpe)
Sharpe’s Family Planning, Detroit (Reginald Sharpe)
Women’s Medical Services, Bloomfield (Reginald Sharpe)
Woman’s Choice Clinic, Muskegon (Robert Alexander)
Add to this the closings, by order of the Michigan Attorney General, due to efforts of CPLS, RTL of Michigan and activist Chris Veneklase:
Woman’s Choice Clinic, Lansing
Woman’s Choice Clinic, Saginaw
And finally—the successful efforts of CPLS kept Planned Parenthood from opening its mega-mill in Auburn Hills, MI—now an empty building up for sale since May 2012.
A CELEBRATION CEREMONY IS PLANNED TO MARK THE CLOSING OF THE WOMEN’S ADVISORY ABORTION CENTER –OPEN FOR 31 YEARS. 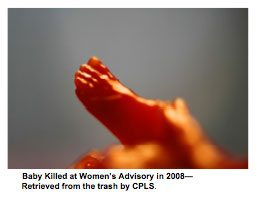 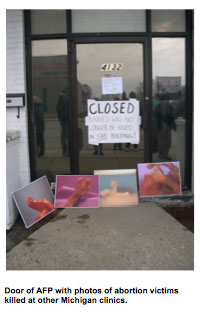 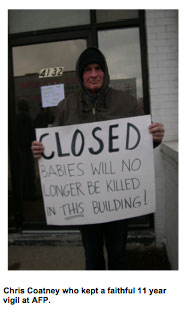 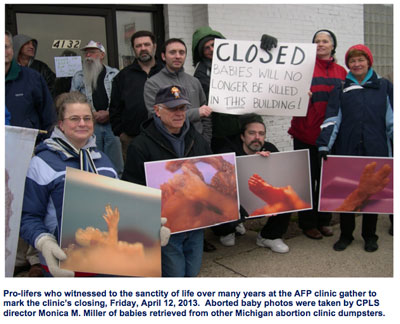 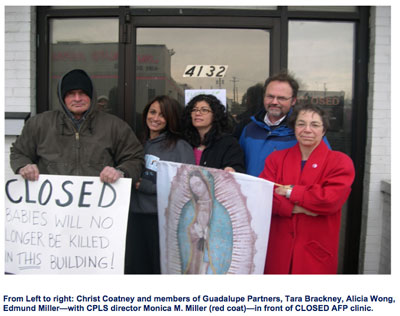 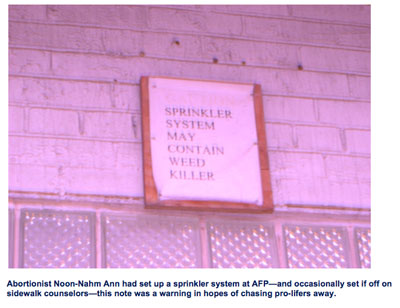