Dear Deacon John,
Like many people, I was first inspired to get involved in the pro-life movement because of courageous leadership from the clergy.
Countless pastors from many churches have helped spread 40 Days for Life … and they all need our prayers as they proclaim the Word of God in a hostile world.
Prominent Evangelical, Catholic and Protestant leaders have endorsed 40 Days for Life and encouraged the faithful to defend God's most vulnerable among us. You can see these leaders – and their words of endorsement – at:
https://40daysforlife.com/endorsements
One of those leaders is dominating the media this week, and he will be visiting three major cities where 40 Days for Life vigils are taking place – Pope Francis!
Pope Francis has supported 40 Days for Life around the globe and was able to meet our international outreach director, Robert Colquhoun, in Rome. 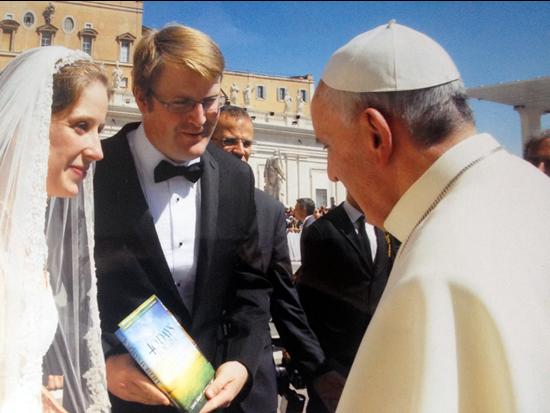 As Pope Francis visits the United States, local 40 Days for Life leaders are reaching out to those traveling to Washington, New York and Philadelphia. One leader said, “If people are coming to town to see the pope, they’re also invited to come pray at our vigil!”
No matter where you live, you can find your closest campaign location here:
https://40daysforlife.com/browse-campaigns/
Today’s update starts with a report from Robert, who’s visiting team leaders and volunteers in Slovenia … and ends with prayer for all of our shepherds.
Ljubljana, Slovenia 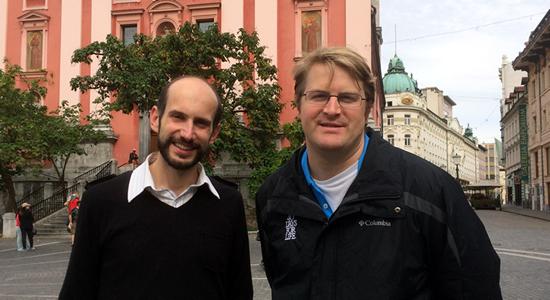 Slovenia is hosting its second 40 Days for Life campaign. Matjaz Venta, the local leader, has a very deep faith and is passionate about prayer and the pro-life cause.
Abortion was legalised during the communist era. Although communism came to an end 25 years ago, it still pervades the country’s mentality. There are 4,000 abortions a year among the two million population.
Their prayer vigil is outside the local hospital, where abortions are performed in three different locations inside. Nada, one of the volunteers, tells me they received spiteful responses from some members of the public following their first campaign, although there were positive comments too.
Around the corner, we prayed in a church which was confiscated by the communists and turned into a film studio. Also during that era, abortions were performed in the Jesuit house. The abortion room is now a chapel. It is a telling story of the spiritual journey of the country.
I look forward to what God has in store for Slovenia!
Thanks to Robert Colquhoun for this update from Ljubljana.
White Plains, New York

This 40 Days for Life campaign kicked off with a rally in front of Planned Parenthood – a building featuring a big pink banner with the words, “health care happens here.” Gerald Yeung, the local leader, told the group that God is always doing something good – and it often involves 40 Days for Life.
Fr. Thomas Kallumady, pastor of St. John the Evangelist / Our Lady of Mt. Carmel Parish, thanked the attendees for witnessing to their faith and their “love for the unborn and the living.”  Maria Teresa Rueda prayed in Spanish for God's protection over the unborn and their parents.
Sister Shirley Ann of the Sisters of Life prayed that God's mercy, grace and strength would “overtake every woman that comes to this Planned Parenthood.”

Today’s devotional is from Rev. Clenard Childress of  Life Education and Resources Network. Day 2 intention
Let us pray that pastors may not be distracted from the priority of caring for human lives. Scripture In those days, when the number of the disciples was multiplying, there arose a complaint against the Hebrews by the Hellenists, because their widows were neglected in the daily distribution. — Acts 6:1
Reflection by Rev. Clenard Childress More folks learning left some yearning. It is the dawning of a new day. There is much excitement in Jerusalem. Many who dedicated themselves to the faith became disciples (the word disciple means learner). The unprecedented church growth was miraculous and undoubtedly brought much satisfaction to the new leadership. The apostles, however, were about to experience growing pains in their master plan of evangelism. Projects that engage the community, especially those that are evangelistic in nature, are high on the list of priorities for every duty-bound pastor. Church attendance is a constant concern for every pastor and often his or her worth is measured by it. Unfortunately, just as the original twelve pastors in Acts, they can be so focused on getting people in that they inadvertently end up pushing some people out. Murmuring is a deplorable deterrent to a harmonious fellowship, yet God used it to get the disciples attention. Those that needed daily attention due to their age and social status were being neglected. This neglect of the Hellenist widows during the daily distribution of food was causing undue grief and needed to be corrected by the leadership. By God’s grace the problem was dealt with, but the lesson remains. And during these 40 days, let us pray that today's church not make the same mistake of forgetting the contributions of our seniors, or the needs of the weakest among us, the unborn. Prayer Father, in the Church’s desire to engage our communities with the Gospel let her not disengage from those who need their care and company the most. Let us gain wisdom from those who have gone before us and cherish their experiences and perspectives. Help us to appreciate every soul in the body of Christ and minister properly to everybody. Amen. Printable devotional To download today’s devotional as a formatted, printable PDF to share:
http://40daysforlife.com/media/day02.pdf
For life,