Fr. Tom Euteneuer: The Consecration of the Lord 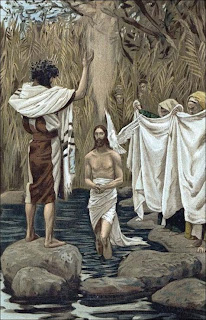