Youth Take the Lead in March for Life 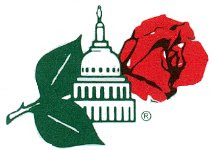 'It is amazing that the realities of abortion, which are so muddled with the older generation, are increasingly seen with a striking clarity by young men and women.' --IRD President Jim Tonkowich

WASHINGTON, Jan. 22 /Christian Newswire/ -- Today tens of thousands of people committed to affirming the sanctity of human life will rally on the National Mall for the annual March for Life. Notably, a large number will have been born since the Roe v. Wade Supreme Court decision was handed down 35 years ago. Young student activists from all corners of the nation have joined with their friends and families to make the journey to Washington.

The pilgrimage of young men and women reflects a Pro-Life movement that is becoming predominantly youthful. Many of the events, including special worship services, service activities and rallies leading up to the march are not only attended by young persons, they are organized by them.

"The leadership we are seeing displayed today at the March for Life today by young adults is a representation of what we are seeing in the Pro-Life movement: youth acting with compassion to help mothers and children.

"Changing the hearts and minds of the culture begins when the young decide to lead. In a country where the young are known for their lack of involvement in voting and political causes, the Pro-Life movement stands as a strong exception.

"It is amazing that the realities of abortion, which are so muddled with the older generation, are increasingly seen with a striking clarity by young men and women."

The Institute on Religion and Democracy, founded in 1981, is an ecumenical alliance of U.S. Christians working to reform their churches' social witness, in accord with biblical and historic Christian teachings, thereby contributing to the renewal of democratic society at home and abroad.