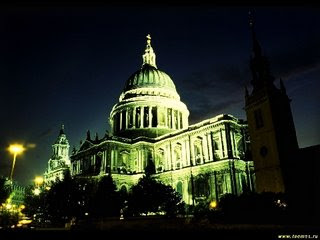 Vatican City (Agenzia Fides) - With rulings in Cagliari and Florence, Italian judges have once again scrapped the famous Law number 40, on fertility treatment. The TAR of Lazio Region sent the norms to the Consulta to be examined and annulled the guidelines which prohibited diagnosis pre-implantation. This has opened the door to eugenics : selection of persons on the basis of genetic qualities and state of health (judged unilaterally and only from the presumed 'medical' point of view).
Horrifying, both the intervention of the judiciary and the choir of applause to this measure from many sides, perhaps too many.
Life is a "nonnegotiable" value. Whatever one's religious, cultural or political tradition it is inconceivable not to see the glaring contradiction between a society which rightly approves and applauds "the moratorium on capital punishment", and at the same time, is almost insensitive to the greatest of all crimes in the history of humanity: abortion. Abortion is the killing of a totally innocent human being, incapable of defending itself (and, as those who practice abortion well know, the foetus in the mother's womb struggles up to the very last minute, to the very end, not to be exterminated, not to be reduced to shreds).
This is not a question of confessional positions, determined by subjective convictions religious (or revealed), what is at stake is the very survival of humanity, there exists the radical right to life for the person who has been conceived, which includes inevitably, the right to be born, protected, cared for, not exterminated by those who should protect and love.
Diagnosis pre-implantation would allow "selection of the species", arbitrary selection to grant or not grant the "right to life", on the basis of criteria said to be "medical", but which, behind the false screen of medicine and mercy, mask a massive dose of egoism and incapacity to face reality, a delirious desire to "determine a person who is 'different'", instead of accepting and loving them.
This is the old, deeply rooted human desire to overcome evil once and for all. Sad to say on this path, the evil produced is greater, much greater, than the evil to be avoided. Not forgetting that alone, man is totally incapable of overcoming evil: "Hope infinite and definitive" alone can overcome the evil of man and the evil in man.
Life is nonnegotiable, just as not negotiable nor passable in silence, is continual cultural and political oscillating on such sensitive issues. It is unthinkable to claim that men and women of goodwill, and among them Catholics especially, cannot see and recognize, persons with gravely ambiguous attitudes towards respect for life; who on alternate days appear to want to dialogue and express attention for such fundamental and sensitive issues and, during the night, paper the city with posters defending abortion and Law 194.
No! Life is not negotiable. No one can play with life and no one can be arbiter of the life of another person. Cultural-political "ballets" are not worthy of those who perform them: only sincere dialogue, open and frank discussion on what man truly is and the direction to be given to the future of society and human coexistence, will stop humanity from taking "no through roads" which would lead inevitably to self destruction. In fact once the selection of embryos pre-implantation is legal, who is going to establish criteria for the application of this selection? Will we deny life to a person who is ill, adding injustice to injustice? Will we deny life to a baby with Down's syndrome or some other difficulty?
Abortion is an intrinsic evil and so is any attempt to manipulate human life and genetic selection of human persons.
With the fall of 20th century ideologies, it seemed certain that monstrosities such as these were a thing of the past, gone for ever. Instead in the place of those ideological dictatorships we have an impressive new one: the dictatorship of techno-scientific relativism. The Servant of God John Paul II of beloved memory, was outstanding in indicating to the Church and to humanity the necessity to overcome those ideologies. Today, the Holy Father Pope Benedict XVI with the same love and true paternity, indicates to everyone the urgency of watching and overcoming with decision, the relativistic (and contradictory) "dictatorship" of techno-scientism, because life is nonnegotiable.