From the Desk of Fr. Frank Pavone, M.E.V. 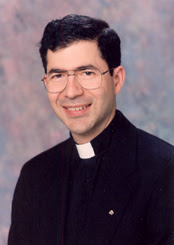 Question: "When abortion becomes illegal again, are we going to start throwing all the women who have abortions into jail?"

Answer: No. The people who should go to jail in that case are the abortionists.

This particular question will be raised more and more as we to come closer to restoring protection to the unborn. The question is actually part of the well-planned public relations attack that abortion advocates always try to make on us in the pro-life movement. We are anti-woman, after all. Isn't that the only logical reason why we would oppose abortion in the first place? That's what they want the public to believe.

Yet the fact is that to be pro-life is to be pro-woman. We don't say love the baby and forget about the mother. Rather, we ask, Why can't we love them both? This is not just true when abortion is legal. It's also true when it's illegal.

The pro-life movement is not out to punish women. Our goal, instead, is to stop child-killing. What would throwing women in jail do to accomplish that goal? Their children have already died, yet the abortionist goes on killing hundreds and thousands of others. It makes far more sense to put the abortionist in jail, so that he or she can no longer kill children.

Moreover, the woman who gets an illegal abortion is the best source of information and evidence needed to convict the abortionist. If she feared prosecution, she would never admit to the abortion, which would make it harder to find the abortionist.

This doesn't excuse the woman's wrongdoing; rather, it is the same principle by which the state grants immunity to a small-time drug user in exchange for information leading to a big-time drug dealer.

This approach takes nothing away from the biological fact that abortion destroys a human life, nor from the moral fact that the life taken is of the same value as any born person. But consider how the law approaches the killing of born people. Murder is not the same as homicide, which is not the same as manslaughter. Factors of premeditation, heat of passion, ignorance, negligence, and cooperation in the action of someone else are all taken into account in order to assess as fairly as possible how much responsibility the individual actually had.

Consider these words from someone who had an abortion: "I really had no idea of what I was doing. I was completely ignorant about fetal development. I just wanted to get out of the crisis I was in." More than any other form of killing, abortion is accompanied by pressure and ignorance. If we were going to start prosecuting women, we would actually end up prosecuting more boyfriends and parents.

But in fact, we conduct a ministry of healing, not of punishment. We want to bring those who have been involved in abortions to the freedom, forgiveness, and peace of Christ. That's how we answer what will be a more and more common question.

This column can be found online at
www.priestsforlife.org/columns/columns2008/08-01-28-jailing-women.htm

Fr. Frank's columns can be heard via podcast.  See www.priestsforlife.org/podcast for more details.

Fr.. Frank's columns can be listened to in MP3 format at www.priestsforlife.org/columns/columns2008/index.htm
Posted by Deacon John at 2:48 PM