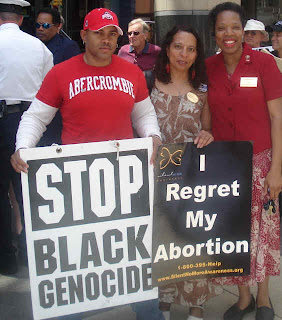 Surely, Benjamin Todd Jealous the 17th President and Chief Executive Officer of the NAACP knows (as we all do) that there will always be a few nutty people out there who live on the fringes of every organization including both the Democratic and Republican parties. For the NAACP to actually take the time and energy at their national convention to focus on what a few people may or may not have said to a few other people is totally ridiculous!

So it begs the question...why would Mr. Jealous speak out so adamantly in opposition to the Tea Party Movement now?

I think there are a few reasons. First of all, I think the racism thing is just a thin, wispy smoke screen used in an effort to conceal the fact that there is a huge concern throughout the United States about the policies of President Obama. Many Americans feel like I do--that the Obama administration is clueless--failing and even ruining our country.

Secondly, this is also an election year and many Tea Party endorsed candidates are not only winning primaries--some are favored to win at the polls in November.

Enter Mr. Jealous. Even though the NAACP is supposed to be non-partisan, they are obviously and continually nestled in the pocket of the liberal Democratic Party.

If anyone dares to oppose President Obama on anything at all--like the big bailouts, the trillion dollar debt amassed since he took office, joblessness, forced Obamacare or the fact that he supports using our hard earned tax dollars to kill unborn children by abortion--they risk being labeled racists.

The TEA Party movement is not about race--it actually transcends race. Tea Partiers are young, old, black, white and in between. They are disappointed, angry and just plain sick and tired of the downward spiral of the United States--especially since Obama took office. Many have decided to join in Tea Party rallies all over the country to show support for upholding the U.S. Constitution--and to stand up and be counted.

Many African Americans are realizing just how far off the mark the NAACP is with regard to the real issues and the most important problems facing the black community.

The NAACP was once a super hero "civil rights" organization fighting for truth and justice--working to right so many horrible wrongs. But over the years the bright and shining halo that once surrounded the organization has not only dulled but has become non-existent, and I find that very sad.

The National Black Pro-Life Union is an organization founded to serve as a clearing house to coordinate the flow of communications among all African American pro-life organizations and individuals in order to better network and combine resources. We realize that if we are to be successful, it is necessary to share information and/or resources as well as "who gets the credit." We acknowledge that the real credit for any good thing always goes to GOD -- not man.