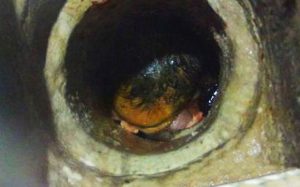 Photo Caption:  A newborn baby girl is wedged inside a toilet pipe in Linyi City, Shandong Province.  Credit:  Europics  September 18, 2014
FOR IMMEDIATE RELEASE: 34th ANNIVERSARY OF CHINA’S ONE CHILD POLICY – WRWF OPEN LETTER TO PRESIDENT XI JINPING
Women’s Rights Without Frontiers has released an Open Letter to President Xi Jinping condemning coercive population control under China’s One Child Policy. (See attached, as well as the electronic link below.) The Open Letter chronicles the history of savagely cruel and profoundly disturbing reports emerging from China over the past year, including:
The Letter argues that the recent “reform” – really, a minor modification – of the One Child Policy has done little or nothing to end coercive population control or gendercide.
The Letter discusses the connection between China’s One Child Policy and sexual slavery, arguing that the State Department’s recent promotion of China from a Tier 3 to a Tier 2 nation was baseless and unwarranted.
The Letter also discusses a recent study finding that multiple abortions leads to a greatly increased risk of breast cancer.
The Letter decries the Chinese Communist Party’s practice of persecuting the children of dissidents, including Anni Zhang, ten-years-old at the time of her persecution, who is now being cared for in the United States by WRWF President Reggie Littlejohn and her husband.
WRWF President Reggie Littlejohn stated:  “The mayhem caused by China’s One Child Policy continues unabated and has taken some troubling new twists, with people being driven to mental breakdown, murder and suicide, as well as an obstetrician using her position of trust in order to traffic babies.  The minor modification of the Policy that took place on January 1 of this year has failed to solve these problems.  The One Child Policy does not need to be modified.  It needs to be abolished.”
The full Letter can be read here:
http://www.womensrightswithoutfrontiers.org/blog/?p=1801
Sign a petition against forced abortion in China:
www.womensrightswithoutfrontiers.org/index.php?nav=sign_our_petition
Watch a four-minute video, “Stop Forced Abortion – China’s War on Women”:
www.youtube.com/watch?v=JjtuBcJUsjY
Learn more about our campaign to save girls in China:
http://womensrightswithoutfrontiers.org/index.php?nav=end-gendercide-and-forced-abortion
Posted by Deacon John at 10:50 AM