This year’s theme at the United Nations Commission on the Status of Women is  “Women’s empowerment and the link to sustainable development.”  The UNCSW will also review the 2013 theme “The elimination and prevention of all forms of violence against women and girls.” 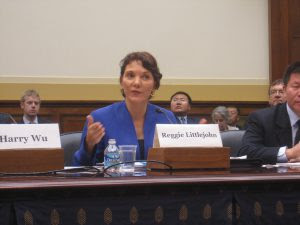 This evening Reggie Littlejohn, President of Women’s Rights Without Frontiers, will discuss the fact that the Chinese government has touted its “prevention” of 400 million lives as its contribution to the fight against global warming.  She will also address the fact that China’s new Two-Child Policy has not eliminated violence against women in the form of forced abortion, or violence against girls in the form of gendercide.

Sharing the podium will be Dr. Angela Lanfranchi, who will speak on her powerful work on the link between abortion and breast cancer.

The event, entitled “Women as Protectors of the Natural and Human Environment,” is being sponsored by the Catholic Women’s League of Australia.