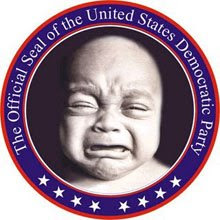 READ THE BIBLE IN ONE YEAR: http://www.oneyearbibleonline.com/september.asp?version=63

THE TRIB TIMES WILL RETURN NEXT WEEK, GOD WILLING (James 4:15).

(Mal 3:7) For from the days of your fathers you have departed from my ordinances, and have not kept them: Return to me, and I will return to you, saith the Lord of hosts. And you have said: Wherein shall we return?

In speaking with faithful Catholics all over the world for the past twenty years there is a consensus among them that the average Catholic doesn't know much about their faith. Likewise there is an overwhelming consensus that if we did, the world would be a very different place. In the United States of America we have over sixty million Catholics. If these Catholic citizens knew their faith and then voted and lived their faith, this country would be incalculably better off. In turn, so would the entire world.

In the past few months leading up to what may prove to be the most crucial presidential election in this country's history, it is outright frightening how many Catholics think they can vote for a pro-abortion candidate. As many of our good bishops have pointed out, under the current circumstances this is not possible. Abortion is the overridingly most important moral issue of our times, all others being important, but rendered irrelevant if the preeminent right—the right to life—is destroyed.

As Bishop Robert Vasa of Baker, Oregon recently pointed out, clarifying the teaching of the United States Catholic Conference of Bishops in their excellent pastoral letter "Faithful Citizenship," a candidate or office holder is disqualified from receiving the vote of a Catholic in good conscience if they hold a pro-abortion position. In other words pro- choice candidates under the current set of circumstances are disqualified because of their pro-death political positions. We cannot vote for them. As the Bishops of Kansas recently asserted in their excellent voter's guide, "Catholics would 'commit moral evil' by voting for a candidate who supports abortion and other intrinsically evil things. Voting is a moral act, and voting for pro-choice candidates is evil in itself. One becomes a collaborator in evil by so doing. No amount of rationalization can escape this logical and moral conclusion.

There was some confusion over this based on a statement made some time ago by Pope Benedict, who was speaking in general terms, saying that for a "proportionate reason" it would be possible to vote for such candidates. However, in the concrete situation we face, with a candidate who is pro-life, this would not be possible. No amount of "other reasons" would excuse voting for a pro-choice candidate. The Church clearly teaches that life begins at conception. As Pope John Paul II stated many times, "abortion is murder." Following logically from this, if a single abortion is murder, then 48,000,000 (the approximate number of abortions in this country since Roe v. Wade) of them is genocide. What would be the "proportionate reason" supporting such an outrage? There is none.

Lack of understanding of what the Catholic Church teaches is grossly harmful to the individual Catholic and to society in general. It is for this reason that I have always tried to promote and teach the Catechism of the Catholic Church. It is a sure norm for teaching the faith, as Pope John Paul II asserted in promulgating the Catechism. "Guarding the Deposit of Faith is the mission which the Lord entrusted to His Church," are the first words of the Apostolic Constitution "Fidei Depositum." These are the words the Holy Father used to introduce us to the Catechism.

For this reason we are making my series "The Teaching of Jesus Christ" more and more available through television, radio, and the lowest prices ever offered for DVD and CD versions. Ignorance of the Faith can prove fatal—for individuals and for nations. Learning our faith is the best investment we can make. The Catechism of the Catholic Church is the very best way to do this.

MORE: DEATH WISH! The Impending Suicide of a Once Great Nation


Ladder of Divine Ascent excerpt: Step 8- "On Freedom from Anger and on Meekness"

10. As a hard stone with sharp corners has ll its sharpness and hard formation dulled by knocking and rubbing against other stones, and is made round, so in the same way, a sharp and curt soul, by living in community and mixing with hard, hot-tempered men, undergoes one of two things: either it cures its wound by its patience, or by retiring it will certainly discover its weakness, its cowardly flight making this clear to it as in a mirror.    Prayer request?  Send an email to: PrayerRequest3@aol.com