CELEBRATING THE "DAY OF THE UNBORN CHILD" WORLDWIDE: 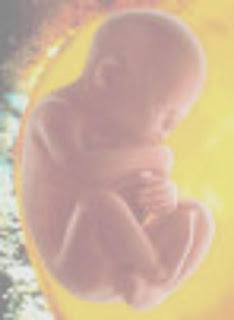 AMERICA/PERU - Message for the Day of the Unborn Child: "Life is always an inestimable gift and every time a new life comes into the world we can perceive the creative power of God."

Lima (Agenzia Fides) – The Bishops' Committee for the Family, of the Peruvian Bishops' Conference has issued a statement, in reference to the celebration of the Day of the Unborn Child, asking all Peruvians to defend and love life from conception, as "life is always an inestimable gift and every time a new life comes into the world we can perceive the creative power of God." In their Message, entitled "Love it and Defend it," the Bishops' Committee for the Family asks society to think of those tiny members of the family still inside their mothers' wombs. They say that life is an "inestimable gift," in which we perceive the creative power of God and that this fact should move our hearts to love this child that – apart from the circumstances of his conception – hopes to be born. We should also feel the need to defend him and protect him from the threats that are often hidden in slogans such as "social justice" or "sexual and reproductive rights."
Various initiatives are taking place all over the country, in honor of this Day. In the capital city, Lima, there will be a March for Life on Saturday, March 28, organized by the Center for the Family and Natural Family Planning (CEPROFARENA). The March will be attended by hundreds of people who will line the streets to encourage society to defend life from conception. It begins at 10am and will end at the "Parque Las Americas," where there will be a pro-life musical concert, to encourage defense for life and "being the voice for those who have no voice."
The Archdiocese of Piura celebrated the Day of the Unborn Child with a Mass and a March on the 22 of March, at the Basilica of Piura, presided by Archbishop Jose Antonio Eguren Anselmi, SCV of Piura, President of the Bishops' Committee on the Family. At the close of the Mass, the Archbishop gave a special blessing for pregnant women and all women who have not been able to have children. Later, there was a March for Life, through the main streets of the city, which was also attended by children, youth, and adults, with floats, banners, and white balloons, all with the purpose of encouraging society to give thanks to God for the wonderful gift of Life. (RG) (Agenzia Fides 24/3/2009)

AMERICA/ECUADOR - Activities for the Day of the Unborn Child, including letters to the President, blessing for pregnant mothers, pro-life marches

Quito (Agenzia Fides) – The Pro-Life Association of Ecuador, in coordination with the Family Apostolate of the Archdiocese of Quito, has invited all the faithful to take part in various pro-life activities as a preparation of the celebration of the Day of the Unborn Child on Wednesday, March 25. Ecuador officially began its participation in the event in 2006, following a Presidential Decree and in 2007, the Ecuadorian Bishops' Conference declared March 25 a pro-life feast for the Church as well and encouraged all Catholics to take advantage of the day to promote pro-life activities.
Among the many activities promoted by the Pro-Life Association, Amparo Medina told Fides, are the school children who sent 3,500 letters to the President and his Cabinet, and event the National Assembly, asking that they work to defend the lives of the all children in Ecuador, especially unborn children. As well, during the entire month of March, there have been talks given on the truth about abortion and the beautiful miracle of life in the schools, for teenagers ages 15 and up and their parents. These talks have been given throughout the country, from the large urban metropolis of Quito, Guayaquil, and Cuenca, to the rural populations.
Last weekend (March 21-22), there were several marches in various cities of the country. One of the most important was the city of Tulcan, Amparo explained, as the city is located near Colombia, a country in which abortion has been legalized. Thus, in this area, there are many Ecuadorian women who cross the border to have abortions in the neighboring country where it is legal and moreover, at a low cost. There are even "death tours" organized from Quito and Ibarra, cities near Tulcan, to take women and young girls to have abortions. Amparo commented: "This is why we have reached out to 5 million people, talking to them about the reality of abortion, the harmful effects it has on women and offering testimonies of women who have aborted and the traumas that they are suffering, as well as the testimony of a boy who was adopted and today lives happily with his adoptive parents."
On March 25, there will be several marches nationwide and all the parishes in the country will have blessings for pregnant mothers. There is also a new initiative this year: "planting seeds of a tiny plant called 'baby's tears,' along with white lilies, which symbolize the arms of the Virgin Mary who receives these babies in the Lord's Mercy, so that no more children may have to suffer this cruel murder of abortion. We will begin with all the gardens of the Catholic Parishes that allow us." Lastly, there will also be a special consecration of the youth to the Purity of the Blessed Virgin Mary on this day.
The Pro-Life Association also promotes the "Spiritual Adoption of Unborn Children." The participants in this initiative adopt a children that is in danger of being aborted, promising to pray for them everyday for 9 months. It is a short prayer for a baby who they can name themselves.