CWA to Testify at FDA Hearing on Abortion Drug 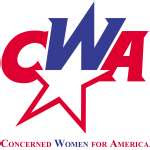 WASHINGTON, June 16 /Christian Newswire/ -- A Food and Drug Administration (FDA) Advisory Committee will meet on Thursday, June 17, to discuss if Ella, a drug that is similar to the abortion drug RU-486, should be available in the U.S. Ella blocks the hormone progesterone, interfering with the lining of the uterus so an embryo cannot implant or, if implanted, will not survive.

Wendy Wright, President of Concerned Women for America (CWA), will testify at the hearing, making these points: