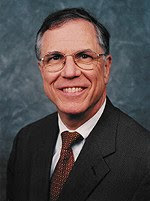 PHILADELPHIA, June 22 /Christian Newswire/ -- John M. Haas, Ph.D., S.T.L., K.M., President of The National Catholic Bioethics Center, has been appointed by His Holiness, Pope Benedict XVI to serve as a member of the Governing Council of the Pontifical Academy for Life for a period of five years. Dr. Haas was appointed as an Ordinary Member of the Academy by the Holy Father in 2006. The Academy chose to announce the appointment on June 22, the feast of the English martyrs Sts. John Fisher and Thomas More who "gave their lives for principles which are very much still actual and which are deeply relevant for the work of the Academy in the defense of human life."

The Pontifical Academy for Life was established by Pope John Paul II with his Motu Proprio "Vitae Mysterium" on February 11, 1994. The first President was the noted French physician, geneticist, and Servant of God Dr. Jérôme Lejeune who was an ardent defender of life and the researcher who discovered the chromosomal cause of Down syndrome which came to be called Trisomy 21. The principal objective of the Academy is the study of problems of biomedicine and of law relative to the promotion and defense of life and especially the direct relation that they have with Christian morality and the teachings and directives of the Church's Magisterium. The academy for life is autonomous but collaborates closely with the Pontifical Council for Pastoral Assistance to Health Care Workers and various other dicasteries of the Roman Curia committed to the service of life.

The Governing Council of the Pontifical Academy for Life consists of 8 of the members of the Academy including the President, Archbishop Rino Fisichella, and the Chancellor, Monsignor Ignacio Carrasco de Paula of Spain, who is a moral theologian and physician.

Dr. Haas has said of the appointment, "I am deeply honored and humbled with this appointment from the Holy Father and pray that I, with my colleagues at The National Catholic Bioethics Center, may make some real and lasting contributions to the building up of a Culture of Life worldwide."

The National Catholic Bioethics Center was founded in 1972 to apply the Church's moral tradition to developments in health care and the life sciences. For over 30 years the NCBC has provided a vital and unique service to the Church through the analysis of complex moral issues that is open to the findings of science and faithful to the teachings of the Catholic Church.