World Day Against Child Labour: nothing to 'celebrate': 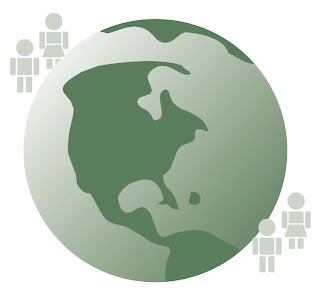 Brasilia (Agenzia Fides) – Today 12 June, we mark World Day Against Child Labour. According to the International Labour Organisation, ILO, the world has almost 215 million child workers aged between 5 and 17 years. Of these more than 14 million live in Latin America and the Caribbean: four million are in the age category 15 to 17 years and the other 10 million are aged 5 to 14 years. According to a report sent to Fides from the Brazil based Latin American news agency Adital, the number of child workers in Latin America is decreasing and is now lower than in other world regions such as Asia (part of the Pacific) and sub-Saharan Africa, nevertheless the percentage of child workers in Latin America and the Caribbean is still high. "According to a recent ILO report 'Accelerating Action Against Child Labour', one out of every ten children in Latin America and the Caribbean is forced to work. Nine million of the total number of these children work in dangerous conditions" Adital affirms.
In Brazil, Isa Maria de Oliveira, secretary of the National Forum for the prevention and eradication of child labour (FNPETI), says the number is child workers is gradually dropping. She indicated "social situations which slow down the eradication of child labour such as a weak school system, low quality instruction and lack of support for families. It is also a cultural battle to convince parents that child labour does not reduce poverty", the FNPETI secretary explained
In Peru, a statement issued by the IFEJANT (Institute for the Formation of teachers for Young People, Adolescents and Children in Latin America and the Caribbean) said "on 12 June we will hold a demonstration to protest not against child workers but against those responsible for child labour; against governments and international agencies which fail to denounce or fail to act with the necessary force to eradicate systematic and global abuse of children's rights."
In Peru in certain parts of the Andes region, as elsewhere in Latin America, the number of child workers is increasing instead of decreasing. The director of the Regional Office for Labour and Employment in Puno (southern Peru, near the border with Bolivia), Mr. Jesus Cervantes Cruz, said "in this region we know that at least 155,000 children and adolescents forced to work. Here, far from being prevented or eradicated, the phenomenon is growing, and at an alarming rate." (CE) (Agenzia Fides, 12/06/2010)

Vienna (Agenzia Fides) – "We want to provide more opportunities to children and families! This is why we support projects aimed to end child labour". But the struggle to end child labour must go hand in hand with a change of heart, the National Director of missio Austria, Fr. Leo-M. Maasburg, told Fides on the occasion of the World Day Against Child Labour being celebrated today, 12 June. "Children are rays of God's sunshine, they warm the heart – Fr. Maasburg continues -. Our aim is to safeguard the freedoms of children and adolescents, guaranteeing them schooling and food, but also opening up new opportunities for life. We help them to have faith in Jesus Christ, in the loving God, who cares for them and helps them".
The annual World Day Against Child Labour reminds us of a sad reality: hundreds of millions of children all over the world are forced to work and wherever this happens Catholic institutions work to end this form of child abuse. The Pontifical Mission Societies support many projects aimed at freeing children from this terrible new form of slavery and offering them a better future.
In Peru missio Austria supports a home for children and adolescents called CANAT (Casa del Niño y el Adolescente Trabajador de Ucayali) in the Amazon forest, where 67% of the people lives in conditions of extreme poverty and 21% of the children aged six to eight years is undernourished. To increase the family income many children are sent to perform heavy jobs, often dangerous for their health. Not rarely inside the family children are exposed to violence and sexual abuse. CANAT guarantees these children a healthy diet and follows their school development, the key to improving living conditions. The programmes often try to include the parents. Another agency involved in helping children victims of child labour in Peru is a Christian Worker organisation MANTOC (Movimiento de Adolescentes y Niños Trabajadores Hijos de Obreros Cristianos).
The Catholic Church has always worked to end child labour: in particular the Holy Childhood Pontifical Mission Society has been active in this field for more than 165 years. (MS) (Agenzia Fides 12/06/2010)

EUROPE/ITALY - Child abuse denigrates minors and marks them for life

Rome (Agenzia Fides) - Today, 12 June, is the annual Day Against Child Labour. An estimated 215 million of the world's children are forced to work in order to survive, more than 115 million in conditions of total exploitation, 60% engaged in farm work. Labour denigrates children, denies fundamental rights, endangers health and marks them for life. Between 2004 and 2008 the percentage of child workers aged 15 to 17 increased by 20%, rising from 52 to 62 million. Millions of adults all over the world turn a blind eye to this drama which affects children in many different countries where, despite laws which punish those responsible for this abuse, the authorities choose not to act seeing the profit which comes from abusing the most vulnerable. In many countries, especially in Asia, children are traded for prostitution, for pornography, others are forced to fight in wars; all are denied the right to education and marked for life. (AP) (12/6/2010 Agenzia Fides).

Bhopal (Agenzia Fides) - According to a latest count, India has 11.28 million child workers under the age of 14. This country boasts a sad world record number of child workers. Most of the children, 80%, are exploited in farm work in rural areas, however minors are 'used' in the making of carpets, jewellery, domestic work, in the hotel industry, in mines, on building sites, in brick making, and many are simply abandoned to prostitution. Whatever the work, the pay the children receive is pitiful.
On the streets of the Indian state of Madhya Pradesh more than a million children can be seen. Most of them or tribal origin, or lower caste families living below the poverty line, in total neglect. For family survival, the children's meagre recompense is essential. In the outskirts of the state capital, Khandwa, at least 1,500, children live in this pitiful situation. In 2003 to tackle the problem, the Sisters of Our Lady of the Garden opened three bridge-school-centres where 150 street children are prepared for entry to proper schools. The schools are situated near train or bus stations where children begging for money are easy victims for perpetrators of human trafficking, prostitution, abuse. The Centres are housed in huts and every morning one of the teachers and a helper go out in search of children who have not turned up for lessons and to take care of the little ones. Gradually the children, many victims of the drug mafia, are rehabilitated and returned to school and family life. (AP) (12/6/2010 Agenzia Fides).