From 40 Days For Life: DAY 27: Answered prayers look like this

Dear Deacon John,
Here’s how we are confident that God is hearing – and answering – your prayers during this 40 Days for Life campaign. So far … we’ve received reports of 349 babies saved from abortion – that we know of! That also means that 349 mothers had a change of heart ... because love overcame the pressures of the world.
Here are some of the inspiring stories behind this great news.
Germantown, Maryland

“Praise God!” said Andrew, the leader of this Maryland campaign. “At least three lives were spared from abortion in Germantown. God is using our prayers and presence on Wisteria to make a difference.” Andrew said he truly believes the fight for life is being won … “because of the younger generation of pro-life warriors who are being raised up to pray for an end to abortion. Thank you for praying for an end to abortion in Germantown!”
Fort Lauderdale, Florida 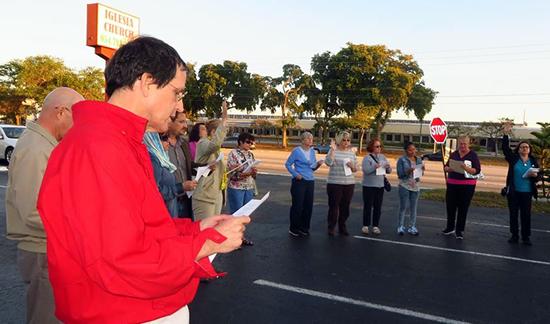 “A young woman chose life and walked out of the Fort Lauderdale Women’s Center abortion facility,” said John, the local 40 Days for Life coordinator. “God is answering our prayers.” John said he was especially grateful to vigil participants for their faithful prayers and witness.
“Two 40 Days for Life volunteers were standing outside the abortion clinic,” he said, “holding signs and praying when a young woman came and called them over.” She said she’d changed her mind and couldn’t go through with it. “She was not going to have the abortion. And she wanted them to know!” As you can imagine, John said, the two volunteers were ecstatic. “Our prayerful presence is making a difference. Thank you for standing in the gap for the little ones and their mothers.” Milwaukee, Wisconsin 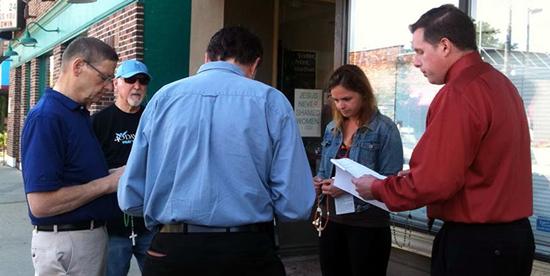 “There was another save!” the Milwaukee team joyfully announced. “A couple chose life after seeing the ultrasound picture of their child. Praise God! She is ten weeks along. Please keep the three of them in your prayers.” Volunteers were praying at the vigil when another couple arrived. The abortion center always tries to usher people inside as quickly as possible, but the vigil participants were able to speak to the couple briefly. There was a language barrier, but one of the team leaders says they’re hopeful that it was a positive discussion – the couple stayed inside for only about five minutes. “That’s a very good sign,” he noted. “Please pray for them and their child. Leaving that awful place so quickly is indeed a very good sign.” Sacramento, California 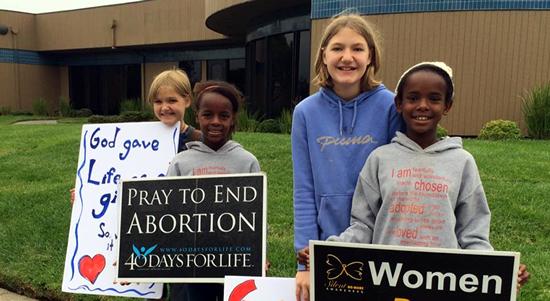 Susan in Sacramento says 40 Days for Life vigil participants were able to speak with a young woman who had arrived for an abortion. “After a 15-20 minute discussion,” she said, “she decided not to abort her baby.” Volunteers gave her directions to a pregnancy help center where she could have an ultrasound The woman who had driven her to the abortion center told the volunteers she’d had several abortions herself. She said she had explained all the details to her young friend – who simply wouldn’t listen. “Well,” Susan said, “she finally did listen and seemed to understand that killing is not the answer. The answer is life! All glory and praise to God!”
Here’s today’s devotional from Ernest Ohlhoff, Outreach Director for National Right to Life.
Day 27 intention We pray for humility in our work for God’s Kingdom.
Scripture Let this mind be in you which was also in Christ Jesus, who being in the form of God did not consider it robbery to be equal with God, but made Himself of no reputation, taking the form of a bondservant, and coming in the likeness of men. And being found in appearance as a man, He humbled himself and became obedient to the point of death, even the death of the cross. — Philippians 2:5-8
Reflection There is no limit to what we can accomplish when we don’t care who gets the credit. Jesus Christ’s life on earth exemplifies a total submission to the will of the Father. His humility, compassion, gentleness and thoughtfulness are reflected over and over again in the New Testament. He was God incarnate, yet He chose to be born to a humble, working class home. How absurd it must have seemed to the rich and powerful that the Son of God, the Messiah, the one foretold by the prophets, the “King of the Jews” was born and raised as a simple peasant. During His thirty-three years on earth, He sought no riches, claimed no secular power and gathered no possessions. Yet, His short time on earth changed more lives, softened more hearts, and gave hope to more people, than all the rich and powerful human kings combined. And, at the end of His life on earth, by dying on the cross, He opened the door to eternal life for those who heed his words and follow in his footsteps.
Prayer O Lord, help us follow in the footsteps of Jesus. Let us humbly and diligently work to restore legal protection for the unborn, the disabled, the medically dependent and all innocent children of God whose lives are threatened. Let us remember the old adage that “He can never lead who has not first learned to obey.” And, Lord, grant us a peaceful heart as we labor in your name. Amen.
Printable devotional
To download today’s devotional as a formatted, printable PDF to share with friends: http://40daysforlife.com/media/day27.pdf
For life,
Posted by Deacon John at 10:09 AM