National Right to Life Committee Urges U.S. House to Reject 'Disclose Act' as 'A Corruption of the Lawmaking Power' 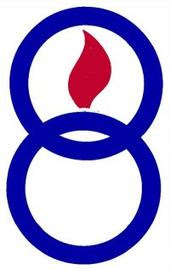 WASHINGTON, May 27 /Christian Newswire/ -- The National Right to Life Committee (NRLC), the federation of right-to-life organizations in all 50 states, today urged the U.S. House of Representatives to reject the "DISCLOSE Act" (H.R. 5175), which it called a "bullying political power grab," which is "not a curb on corruption, but itself a type of corruption -- a corruption of the lawmaking process, by which incumbent lawmakers employ the threat of criminal sanctions, among other deterrents, to reduce the amount of private speech regarding the actions of the lawmakers themselves." NRLC said that it would include the dispositive roll calls on the measure in its scorecard of key votes for the current Congress.

The four-page letter, signed by NRLC Executive Director David N. O'Steen and Legislative Director Douglas Johnson, said that the bill "has been carefully crafted to maximize short-term political benefits for the dominant faction of one political party, while running roughshod over the First Amendment protections for political speech that have been clearly and forcefully articulated by the U.S. Supreme Court." The letter discusses a number of ways in which the legislation is designed to "to discourage, as much as possible, disfavored groups (such as NRLC) from communicating about officeholders, by exposing citizens who support such efforts to harassment and intimidation, and by smothering organizations in layer on layer of record keeping and reporting requirements, all backed by the threat of civil and criminal sanctions." The letter suggests that the bill be amended to clarify that "DISCLOSE" actually stands for "Deterring Independent Speech about Congress except by Labor Organizations and Selected Elites."

The House Democratic leadership had apparently intended to bring the bill to the House floor tomorrow (May 28), but -- faced by a rising chorus of protests from a broad array of organizations -- has now postponed floor action until the week of June 7.

The letter is available here: http://nrlcomm.wordpress.com/2010/05/27/discloseletter

The National Right to Life Committee is the nation's largest pro-life group, with affiliates in all 50 states and over 3,000 local chapters nationwide.