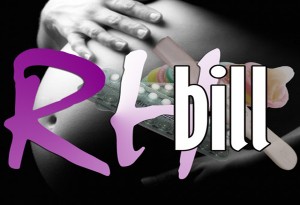 NEW YORK, April 25 (C-FAM) The Supreme Court of the Philippines struck down key provisions of a new contraception law in order to protect human life in the womb, as well as safeguard parental rights and conscience rights for health workers.
The Reproductive Health Bill, as it is known, has been in the pipeline for two decades, having failed approval on no less than five times in the legislature. In 2012 the bill passed. Several groups immediately challenged it in the court system.
The Supreme Court gutted the few provisions of the bill that would have permitted contraceptive methods known to destroy human life in the earliest stages. The Court was adamant that science and the nation’s constitution agree that human life begins at conception, when an ovum is fertilized and an embryo is formed. The constitution of the Philippines prohibits abortion in any form and at any stage, the Court said in its opinion.
The influential Catholic hierarchy openly opposed the bill because it requires government funding of artificial birth control and mandatory sex education starting in middle school. The Church warns that the bill will contribute to the breakdown of families and result in increased promiscuity especially among youth.
While the Bishops were unable to prevent the passage of the bill backed by the US Agency for International Development, they swayed the Court to strike down key provisions of the law.
The justices struck down a portion of the law that defined the beginning of human life as the moment an embryo implants in the uterus—rather than the moment the ovum is fertilized—effectively outlawing the morning-after-pill or the use of any contraceptives to destroy human life before implantation.
The Court also annulled provisions of the bill that required Catholic hospitals and health workers to endorse contraceptives with their patients and gave minors access to sexual and reproductive health services without parental consent.
Even without the controversial provisions, the law is contrary to Catholic teaching. Catholic teaching forbids the use of artificial contraception and only allows natural methods of family planning for serious reasons.
The passage of the law remains a symbolic victory over the influence of the Catholic Church in the Philippines for sexual and reproductive health advocates.
Opponents of the bill worry it will funnel funds to groups that promote abortion in the Philippines and in other countries.
The Government is expected to partner with non-governmental organizations to deliver free contraceptives and sexual education. Organizations that provide sexual and reproductive health services and education are overwhelmingly in favor of abortion, and directly and indirectly advocate for abortion-on-demand. They follow the lead of government funded groups like International Planned Parenthood Federation, IPAS and Marie Stopes International.
The bill enacts population policies recommended by the U.N. Population Fund, a strong backer of the Reproductive Health bill and its supporters. Opponents of these policies have criticized them for confusing population control with reproductive health, because the two have conflicting goals and priorities.
The U.N. Population Fund argues that in order to develop economically, countries must reduce their fertility levels. The Philippines, with one of the five fastest growing economies in the world, defies that logic. Most countries in Asia that have adopted contraceptive policies now have below replacement fertility and slow growing economies. The Philippines fertility rate is 3.1 children per woman, and was expected to decline regardless of the Reproductive Health bill.
Posted by Deacon John at 10:29 AM