The Myth and Reality of Second Marriages among the Orthodox

There is a widespread opinion that the Eastern Churches permit a new marriage after divorce, and give communion to the remarried. But this is not the case, as Nicola Bux explains. Only the first marriage is celebrated as a true sacrament

The current idea is that in the Orthodox Churches there is a sacramental celebration of second and even third marriages and that communion is given to the divorced and remarried.

When in reality this is not the case at all. Orthodoxy has always differentiated first and second marriages not only in ceremony but also in substance, as is clearly demonstrated by the strongly penitential tone of the prayers for second marriages. 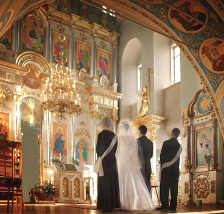