From 40 Days For Life: DAY 9: Leaving for an ultrasound

Dear Deacon John,
It’s cold in many 40 Days for Life locations during this second week of the campaign! But that’s not stopping the prayers outside one really cold Planned Parenthood center.
Before I share that story, here is a beautiful report about a saved baby that shows the power of prayer on the sidewalks … and the value of easily available ultrasounds offered by pro-life pregnancy centers.
Baltimore / Fullerton, Maryland 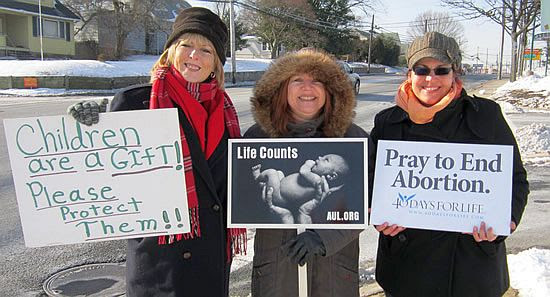 The third 40 Days for Life campaign is now under way outside Whole Women’s Health in Baltimore’s Fullerton section. Jody, the local director, wrote to say she was excited to share magnificent news.
“A baby’s life was saved,” she said, “thanks to the faithful, prayerful presence on the sidewalk!”
A young woman and her friend had arrived at the abortion center — and walked past the people quietly praying on the sidewalk. After a while, the two women came out to talk. The one who was thinking about abortion said the atmosphere inside the building was cold.
Her friend pointed to the life-affirming signs the volunteers were carrying and noted, “You can’t ignore that.”
With that, the two women left — on their way to a pro-life pregnancy center for an ultrasound exam. “I know that you are praising God with us right now,” Jody said.
Spring Valley, New York 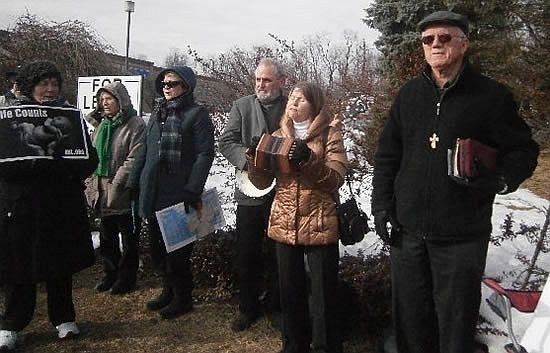 “What joy there is in freezing for life!” Those words came from Eileen in Spring Valley, who added that “prayer power is surrounding Planned Parenthood.”
Temperatures were in the single digits as Spring Valley started its twelfth campaign, but prayer vigil participants were able to “stand tall knowing the truth: life is precious and each one of us is called to defend and protect the most innocent among us.” The volunteers were warmed by God’s promise of protection in Psalm 91 — that God, in whom we trust, will be our refuge and our fortress.
El Paso, Texas
Volunteers arrived Saturday for what they thought would be a heart-wrenching day on the sidewalk, but there was unexpected good news — there would be no abortions that day! 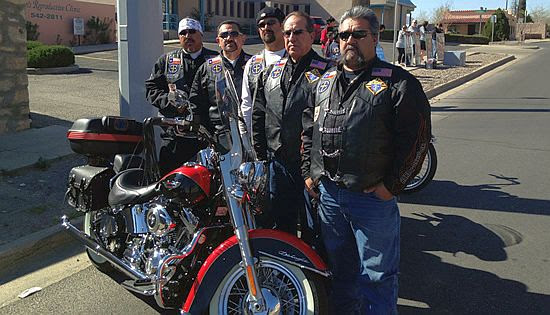 But Gaby in El Paso says there was still non-stop prayer at the 40 Days for Life vigil. “Knights on Bikes showed up,” she said. These Knights of Columbus “prayed with all their hearts to end abortion.”
Today's devotional is from Carmen Pate of Alliance Ministries. Day 9 intention Pray that the post-abortive woman would be repentant, accept forgiveness, be healed and restored, and bring glory to God with her new life. Scripture I acknowledged my sin to You, and my iniquity I have not hidden. I said, "I will confess my transgressions to the Lord," and You forgave the iniquity of my sin. — Psalm 32:5 Reflection by Carmen Pate Because abortion is legal in America, many have justified their choice. "If it's legal, it can't be wrong, right?" We now have an entire generation of men and women who have never known abortion to be illegal; a generation of people who have never been broken over their sin of abortion. As a result, the consequences of unconfessed sin weigh on their souls, yet they have never connected the dots as to why their hearts are heavy. No wonder we have millions of women who are struggling with depression, addictions, eating disorders and more. Post abortion syndrome is very real but recovery begins when the individual agrees with God as David confessed in Psalm 51:3-4, 14, "Against You, You only, have I sinned, and done this evil in Your sight — that You may be found just when You speak, and blameless when you Judge. Deliver me from the guilt of bloodshed, O God, the God of my salvation." Brokenness is the key to accessing God's glorious mercy and healing. Christ came to heal the broken hearted and He is waiting with open arms to take the post-abortive woman on a glorious journey of healing and restoration if she will only run to Him. God will not waste any sin we lay at His feet. Imagine millions of healed and restored post-abortive women like myself singing aloud of His righteousness and giving testimony of His love and forgiveness. What a day of rejoicing that will be! Prayer Heavenly Father, we have turned our backs on you and your principles in your Word. We have allowed man to usurp Your role as God over life and the number of our days. But we come to you in brokenness and repentance over our sin. We cry out for Your mercy and ask you to remove the scourge of abortion from our land. Use us as your vessels, Lord, to bring the light of Your Truth to our nation once again. Because of Christ we pray, Amen. Printable devotional To download today's devotional as a formatted, printable PDF to share: http://40daysforlife.com/docs/spring2014day09print.pdf
For Life,
PS: If you have stories to share about the 40 Days for Life campaign in your town, please leave a comment on today's blog entry at: http://40daysforlife.com/blog/?p=5405
Posted by Deacon John at 10:38 AM