The Thomas More Law Center (TMLC), a national public interest law firm based in Ann Arbor, MI, stepped-up its legal attack on a Portland, Maine city ordinance, designed to restrict pro-life speech, by adding an additional plaintiff and filing a motion yesterday for a preliminary injunction to immediately stop the enforcement of the City’s ordinance. 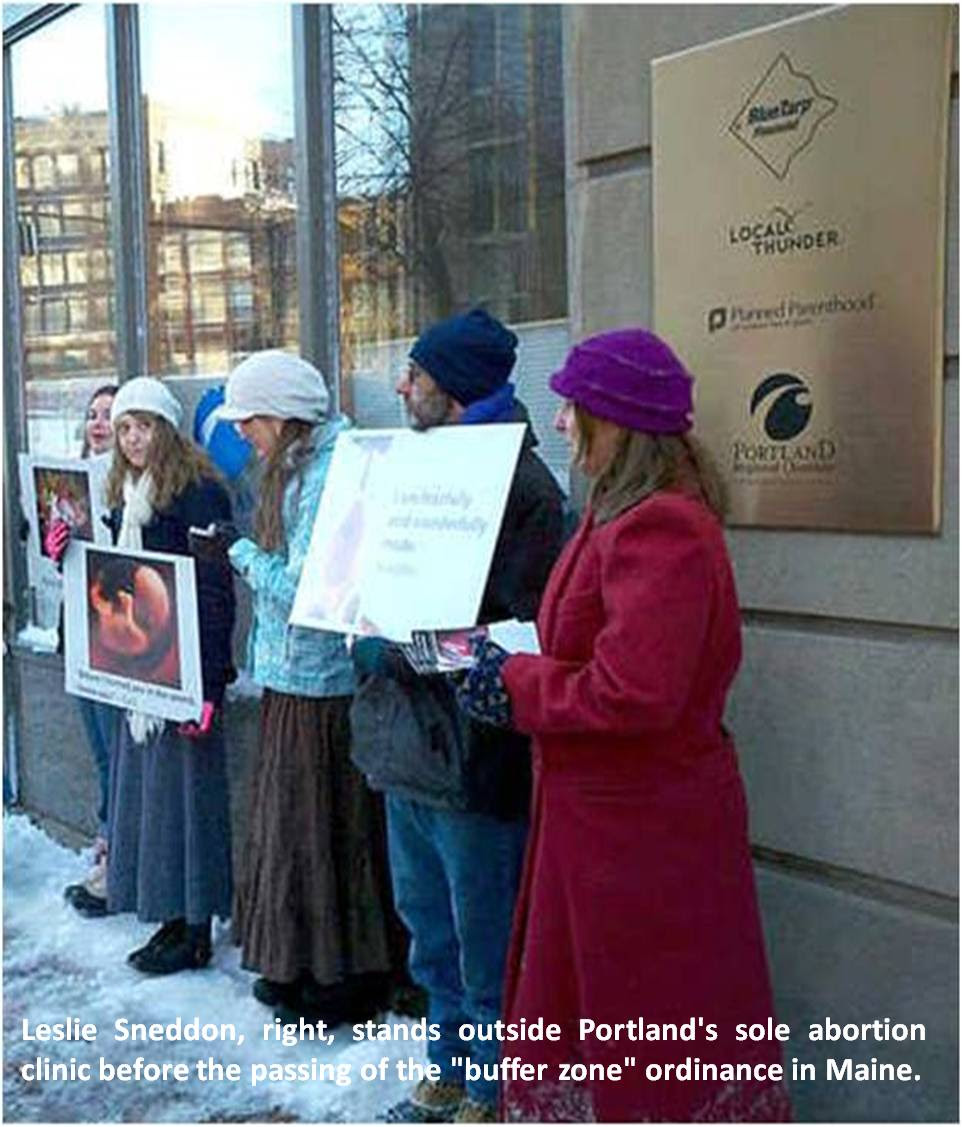 At issue is Portland’s Ordinance 17-108 which establishes a 39-foot “buffer zone” around the City’s only abortion facility.   Pro-life counselors are subject to a $100 fine if they enter the 39-foot radius around the facility’s entrances, including the public sidewalk. Consequently, the ordinance creates a free speech dead zone which effectively prevents pro-life counselors from compassionately reaching out to women who are contemplating an abortion or who have already had one.

The Thomas More Law Center filed the original federal lawsuit on February 12, 2014, on behalf of Marguerite and Daniel Fitzgerald, as well as two of their teenaged children. The Fitzgerald family are Evangelical Christians who have been participating in pro-life activities outside of the Planned Parenthood clinic for over a year. The buffer zone prevents them from engaging in pro-life activities motivated by their religious belief that abortion is the deliberate destruction of innocent human life.

The newly added plaintiff, Leslie Sneddon, has engaged in sidewalk counseling at the abortion facility for over a year.  The compelling and compassionate reasons for her actions as a sidewalk counselor are revealed to the court in an affidavit:  She had four abortions and now feels compelled to peacefully counsel other women against making the same life-altering, life-ending decisions she made. She understands what they are feeling and why they are contemplating abortion.  She attempts to counsel them so they may choose life for their baby. However, with the 39-foot buffer zone she can no longer have an intimate, more private conversation.

TMLC Senior Trial Attorney Erin Mersino, one of the attorneys handling the case, commented: “One of the saddest parts of this case is that Leslie who has had four abortions herself and wishes to help other post-abortive women through gentle conversation and discussion of counseling options can no longer do so.  The so-called ‘buffer zone’ makes this impossible as our client is forced to stand across a busy city street, and yell to have her message heard.  In her case, the ‘buffer zone’ has made her efforts to help women, for whom she shares a great deal of empathy, unlawful.”
Thomas More Law Center
24 Frank Lloyd Wright Dr.
Ann Arbor, Michigan 48106
Posted by Deacon John at 11:41 AM